Here are 5 very common remedies and the allergic presentations that may indicate their use.

Natrum Muriaticum – Itchy eyes at the inner canthi, with lachrymation that is worse in the open air or wind. Thin and watery discharge from the nose, like raw egg whites. May have lots of sneezing. Loss of smell and taste. Cravings for salty foods and rich sweets. Typically worse with heat, especially of the sun.

Allium Cepia – Copious, acrid nasal discharge, irritating to the skin under the nose, and bland secretions from the eyes… Much better in open air. The nasal discharge is very profuse and watery, dripping from the tip of the nose. May have violent sneezing. Worse inside a warm room. Better with cool open air and bathing. Symptoms may have a tendency to present left sided.

Arsenicum – Burning hot lachrymation, with swelling around the eyes. Very sensitive to bright light and better with warm applications to the eyes. Nose may be stopped up or alternating with fluent coryza. The nasal discharge is thin and watery and excoriating, burning the skin below the nose. May be worse in open air and better indoors. Arsenicum characteristically has a burning sensation that is made better from warmth.

Gelsemium – Has a heavy, dull aching sensation of the entire head. Heavy eyelids, with red and watery eyes. Sneezing; thin, acrid coryza… sneezing early in the morning. Has a tendency to catch cold easily. Worse with humid weather. Better during urination.

Lycopodium - Dry, granular eyes and lids with photophobia. Inflammation of the eyes and itching in the canthi. With nasal coryza may have redness of the eyes and lachrymation. Even with the nasal discharge, there is a sensation of internal dryness. Discharge is often yellow. Better with warm drinks or foods.

* synthesised from the Concordant Materia Medica, by Frans Vermeulen
Posted by Peter Swanz, ND, FHANP at 9:54 AM 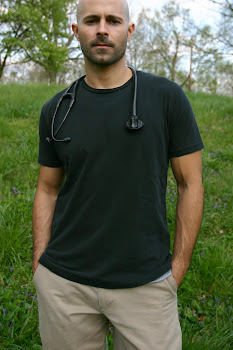